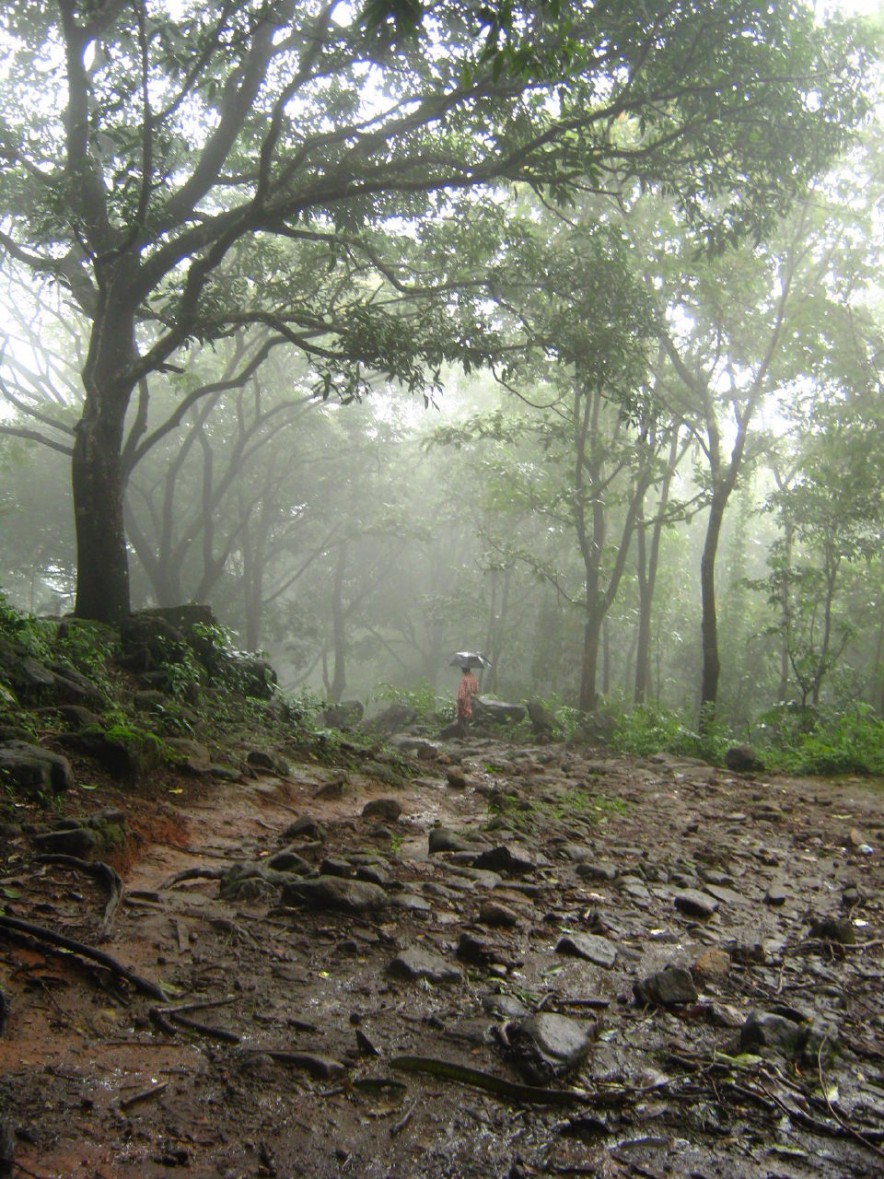 When Dee invited me over to stay at her farmhouse in Manjapra, Kerala, for a few days, I jumped at the idea. I’ve always been biased towards this South Indian state, having visited a few times earlier, and was enchanted by the idea of staying in a farmhouse.

Manjapra, a village in Ernakulam district, is surrounded by paddy fields on all sides,which makes it startlingly green. The name itself translates to ‘green village’.

Getting there involved a 28-hour journey from Hyderabad to Aluva, the nearest railway station to the village. We took the Sabari Express, the only train from Hyderabad to Kerala, and travelled by sleeper class, with the windows open and a good view of the world outside. The weather was beautiful and the landscape reached the peak of green as we entered Kerala. 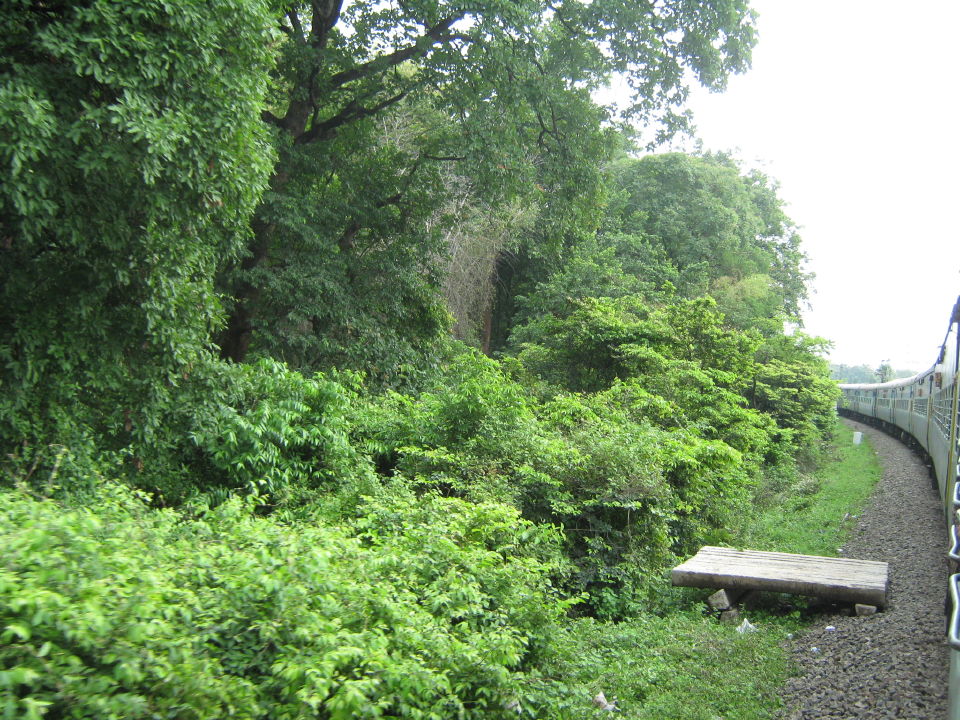 The train takes a bend as it reaches Coimbatore 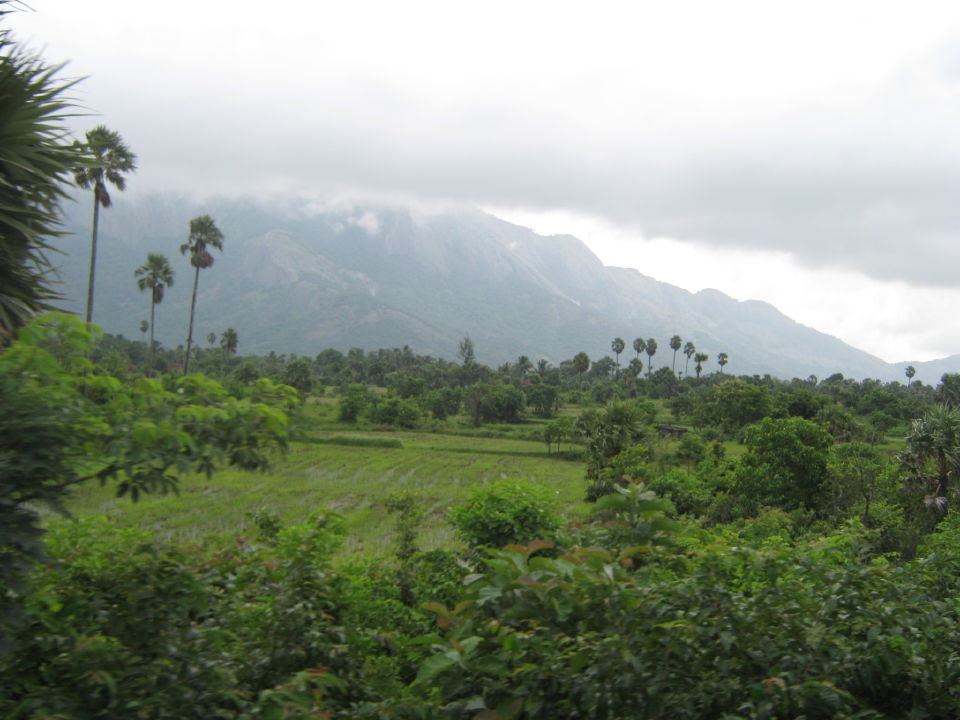 A view from the train between Coimbatore and Palakkad

Dee’s father drove us down from Aluva to Manjapra. The road was flanked on either side by different kinds of plantations — like most of Kerala, there was hardly any land that was not used to either cultivate something useful or beautiful or both. The ‘village’ turned out to be a bunch of quaint houses nestled in riot of bright pinks and blues among rubber and coconut plantations.

We stopped at a shop, where, to my surprise, two men argued agitatedly in Malayalam about the ongoing FIFA World Cup.  Dee’s house was a two-storeyed beauty, furnished with home-grown jackfruit and teak wood. Her mother welcomed us with pazham pori, a local dish of fried bananas.

At the back of the house, a pile of nutmeg sat prettily on a plate, waiting to be peeled. Ducks waddled around pleasantly and the pregnant cow mooed at me morosely from a corner. Above the cowshed hung a crow wing—Dee told me that it was popular belief in the area that a dead crow’s wings warded off evil spirits as well as other crows. 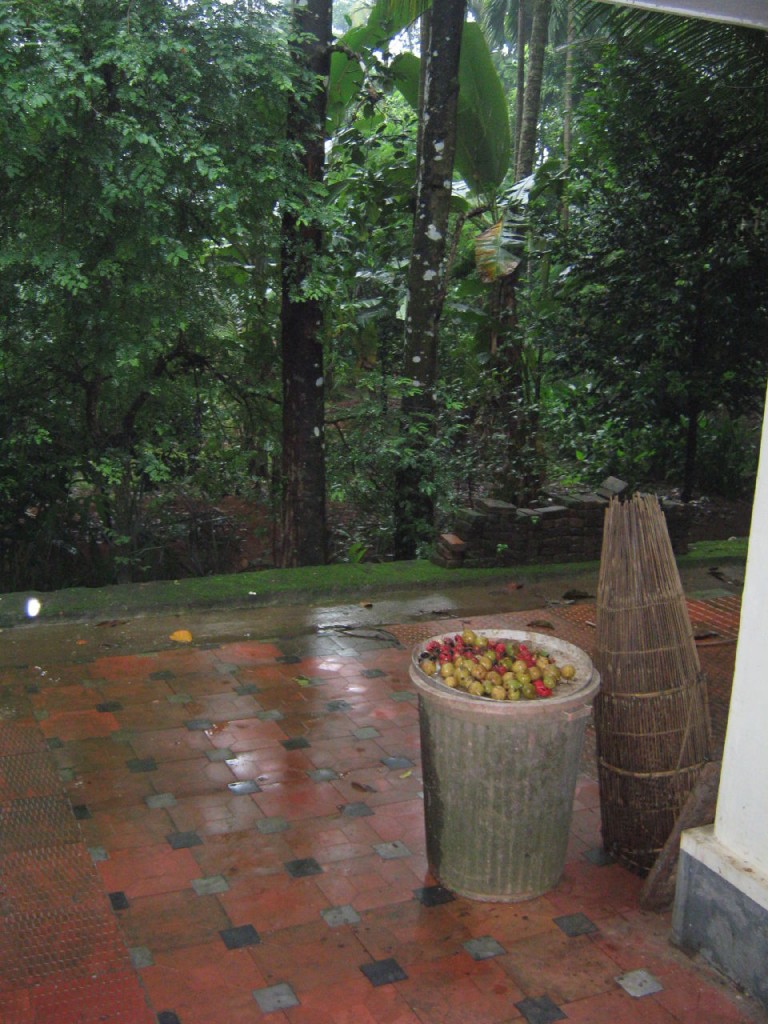 Nutmeg, alongside the fishing basket 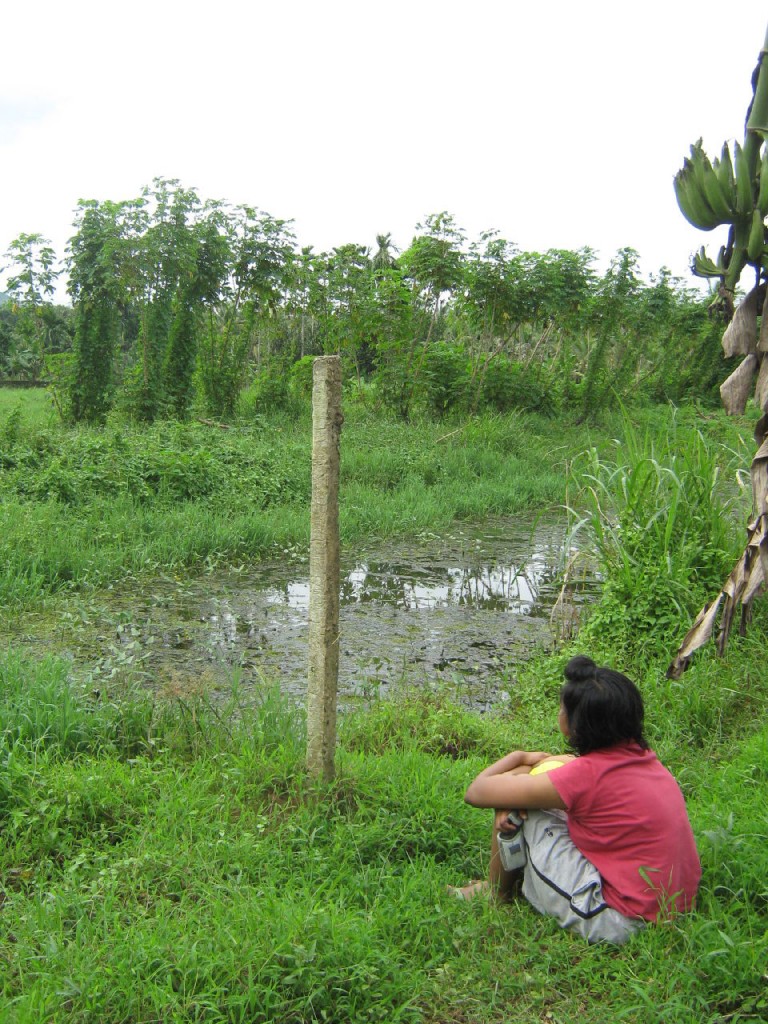 Dee contemplates in the backyard 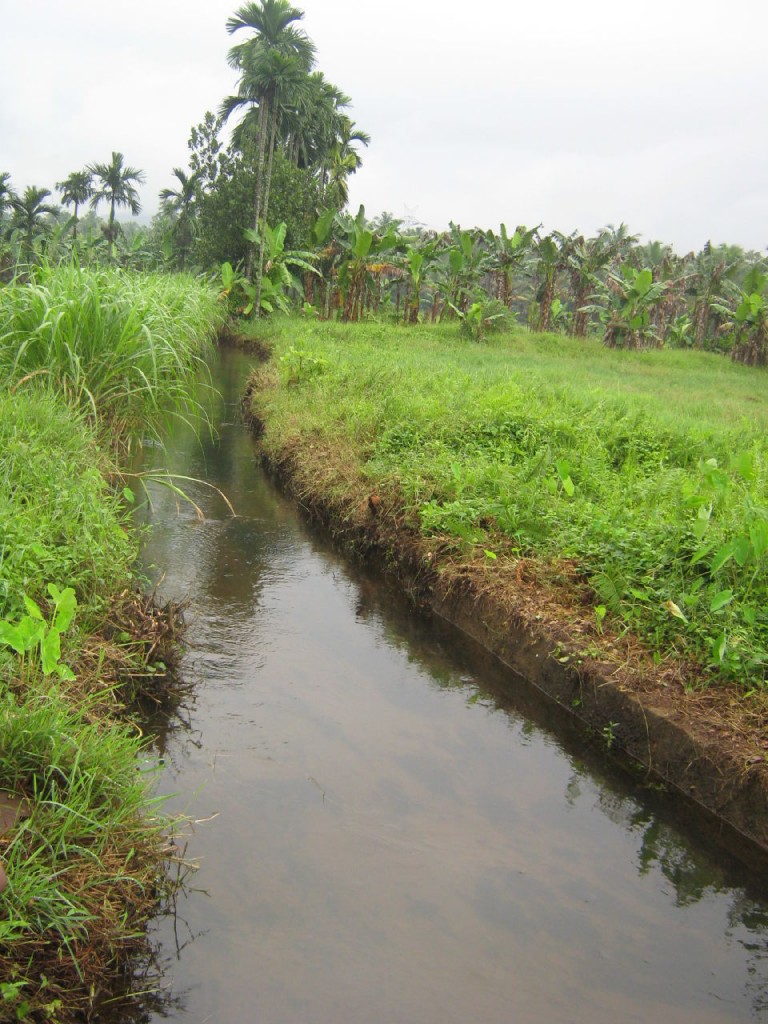 A stream cuts through the paddy fields 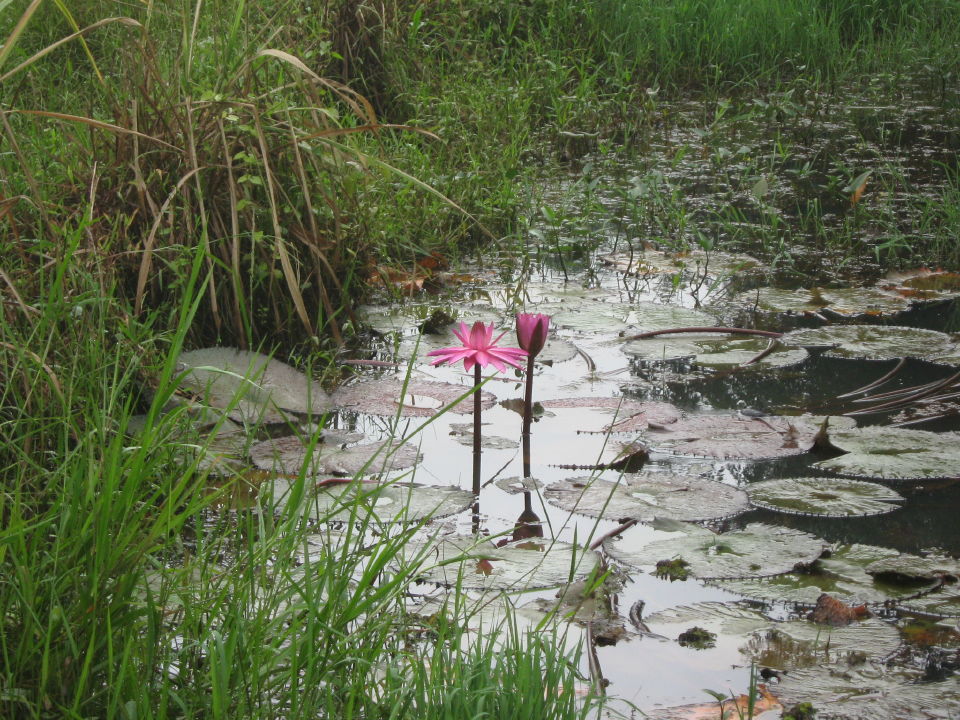 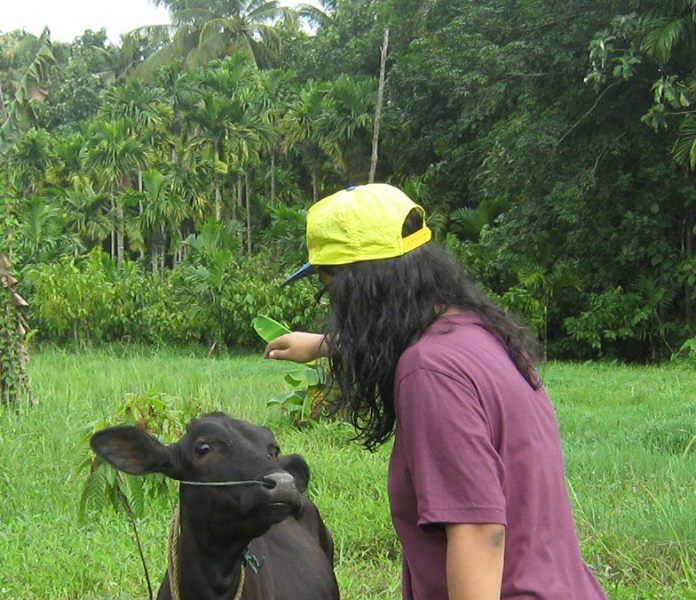 I say hello to Ammu, the curious calf

A typical day on the village starts at about 4:00 am (yes, to the crowing of the rooster!). Dee’s parents venture out to start work on the farm – feed the dogs, goats and ducks, milk the cows, tend to the various crops, and pick the fruit and vegetables for the day.Her family was intrigued by my vegetarianism. Surely you eat fish? Dee’s father asked. He picked up the fishing basket and announced that we were going to get lunch. We set off to the pond in the backyard, where I spotted snake skin! Dee’s father seemed to have caught something in the basket – he closed the lid triumphantly. When we reached the house, he opened it, and inside sat a bewildered eel (which I mistook for a snake) and a few small fish. Upon examining the eel, he concluded that it wasn’t fat enough, so we went back the pond to release it. We’ll catch it a week later!, he said matter-of-factly. 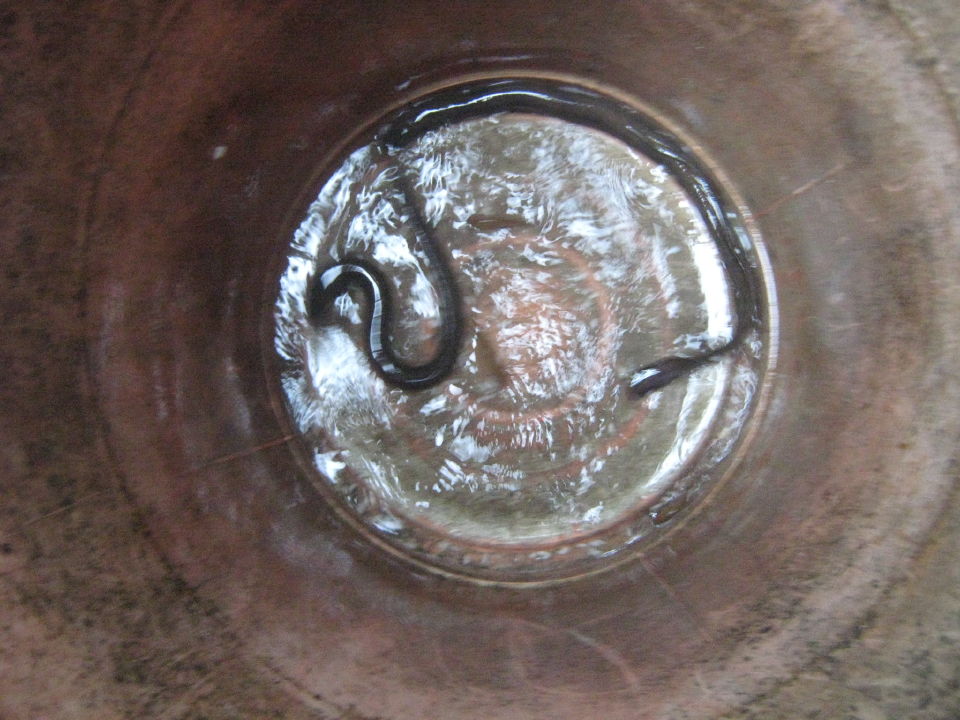 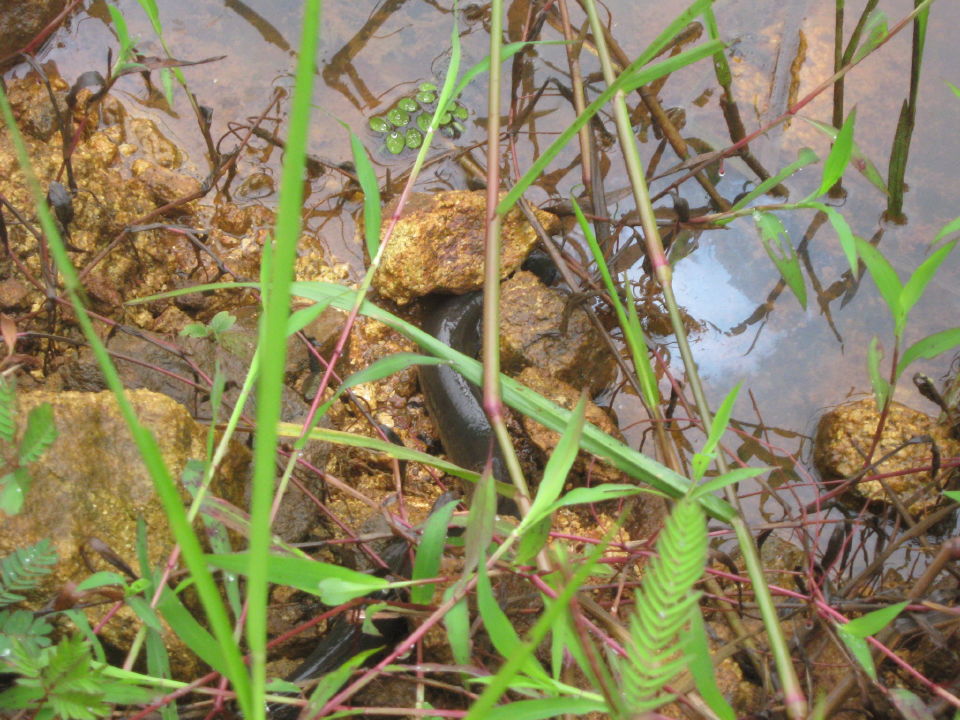 The trapped eel, later released into the pond

I refused to eat the fish but offered to make rasam instead, for which I was given an earthern pot and freshly picked spices. Duck’s eggs, boiled tapioca, brown rice, fish and chicken— everything was served fresh off the farm.  It was quite the delight for a palate that was used to supermarket groceries. Lunch was hearty, and followed by a few hours of relaxed work — sorting out picked spices and packing them neatly. I was given a tour of the farm – tapioca and paddy fields, rows of neatly planted coconut, rubber trees, plantain and a moss-covered well. Now we know where all the green in the world goes, I thought to myself.

Dinner comprised of boiled tapioca (with a pickle made out of chillis and onions), boiled banana (a staple in Kerala), egg curry (a new dish I learnt to make) and brown rice.
Night falls early in this village and only the local toddy shops remain active. We slept on the top floor of the house, leaving the enormous windows open, which welcomed all creatures great and small.

The next day, we set out to Malayattoor, a Christian pilgrim centre nestled in the Western Ghats. The church that perches atop the hill was set up by the apostle St Thomas, and even has a little spring that is said to have quenched his thirst. On the way to the church, Dee’s father narrated tales from his childhood—of hunting expeditions with his brothers and heroic encounters with tigers. It all seemed so far removed from my life in a city. It rained; Dee and I were soaking wet and trudged uphill heavily. Her dad nimbly skipped up and down in chappals and mundu. See how weak you are? You must eat meat and grow strong, he told me cheerfully. 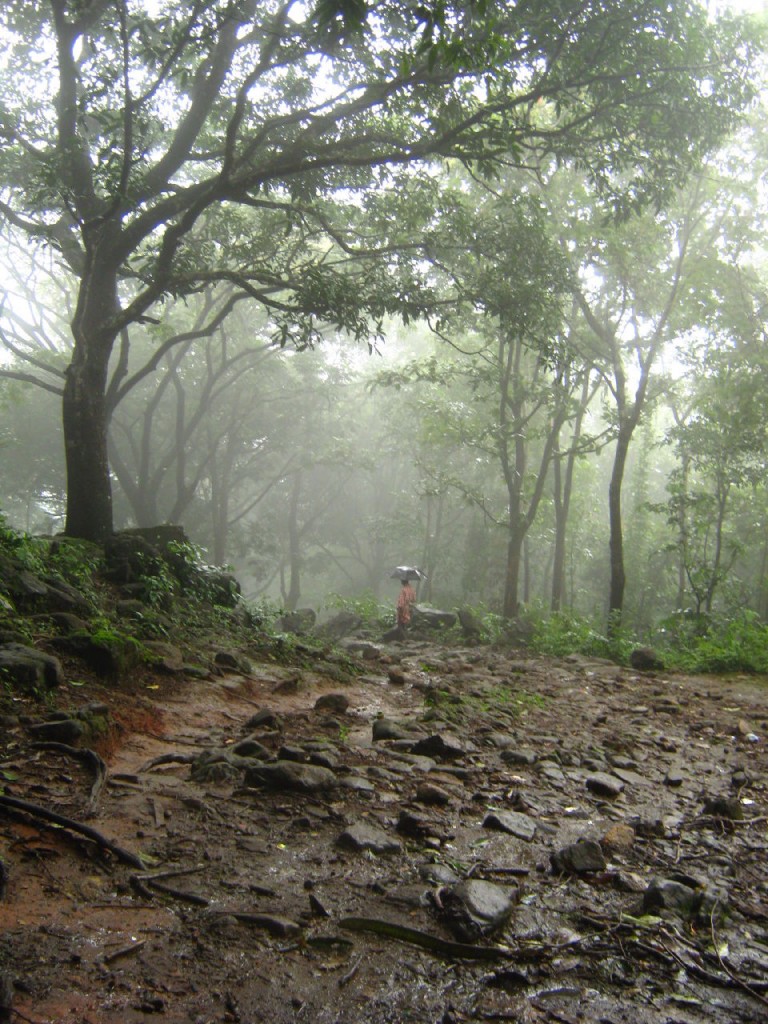 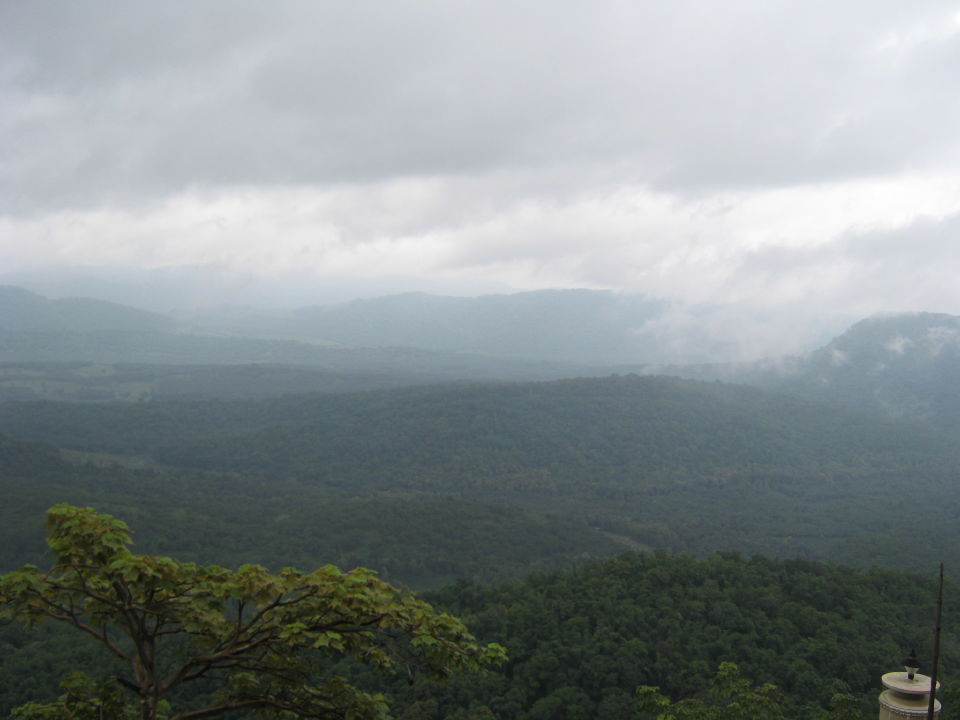 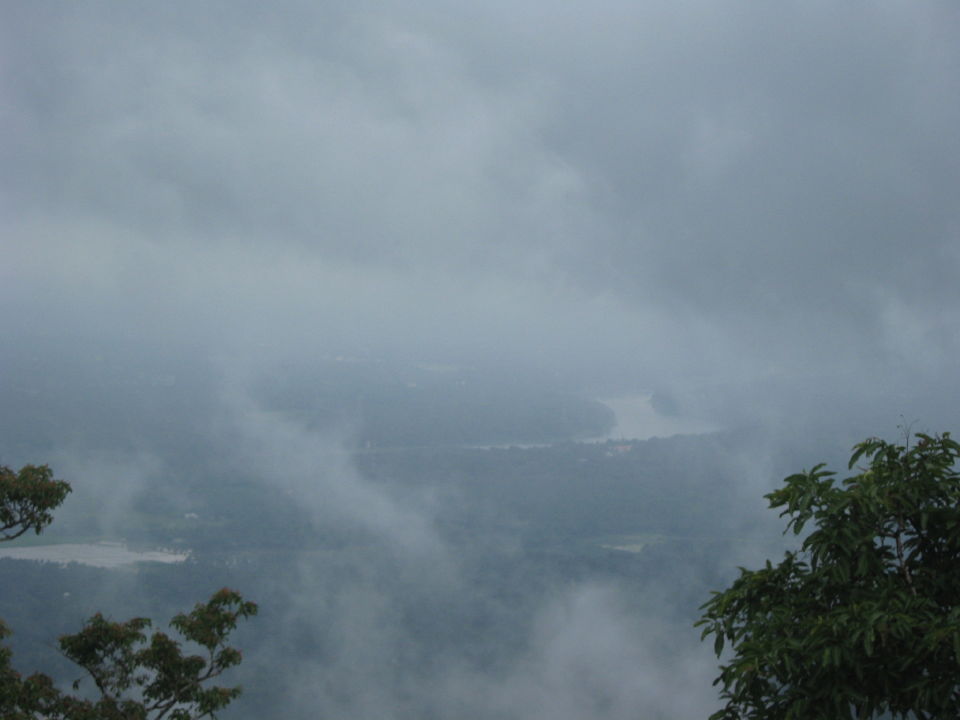 From atop the hill, one gets a spectacular view of the Western Ghats. The Periyar river winds its way through the plains, and mist hangs over the Malayatoor Dam. 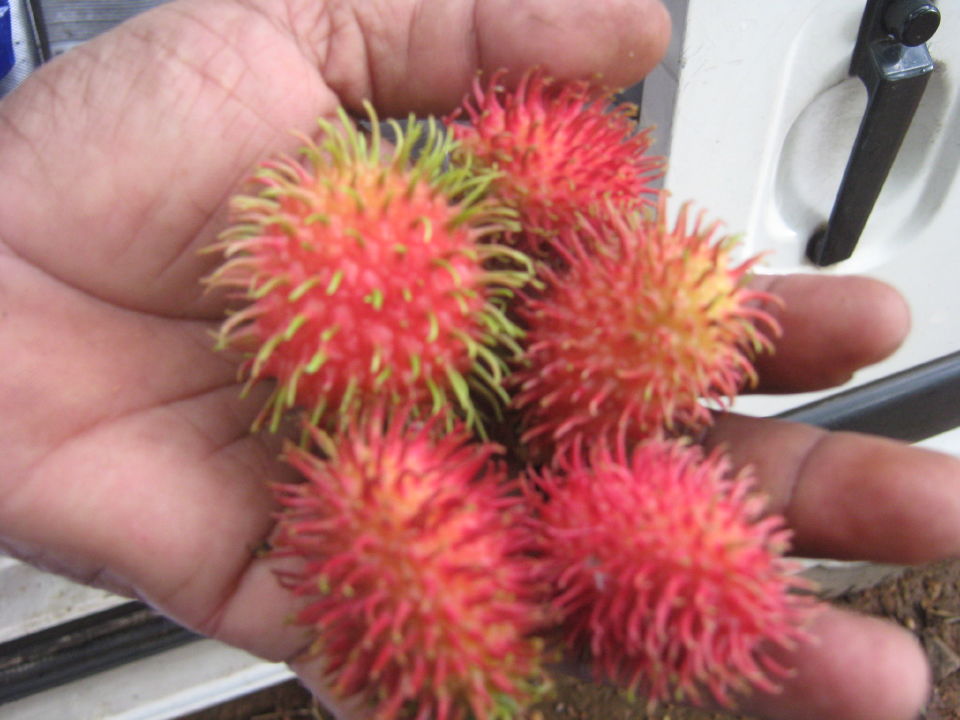 Life on the farm possessed an endearing simplicity in thought and action. Urbanisation was far, far away, the air was pure and clean, and you could drink water straight from the springs. The hospitality I received was touching, and I came back with mind-images that were going to play in my head for many months to come. It’s a place to visit even if only to detox from cubicles and shopping malls. Cycle through acres of plantations, sit by gurgling rivulets (while avoiding the various insects, amphibians and reptiles), and soak in that startling shade of green you’ve only seen in pictures.